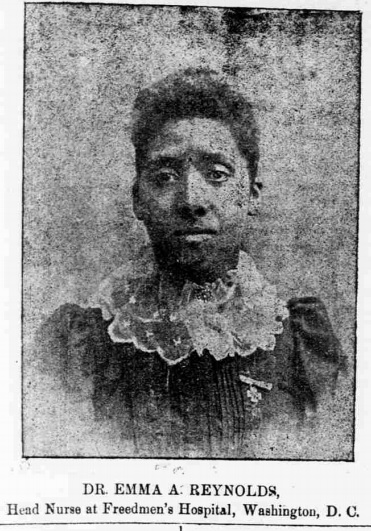 Emma Ann Reynolds was born in Frankfort, Ohio in 1862. Reynolds was one of the first African American women to receive an M.S. in nursing. She graduated from Wilberforce University in 1886. She graduated from Provident Hospital's Nursing School in 1892. In 1895, she earned her M.D. from the Women's Medical College of Chicago at Northwestern University. She was the first black woman to graduate from Northwestern's program.